The Journey to A Sustainable Network

Though 5G wireless technology is only available in about a third of the countries around the world, it’s hoped  that its performance benefits – more efficient operations in everything from personal activities to industrial processes and transportation – will deliver sustainability improvements even though the networks themselves will require greater energy use due to expanded user adoption.

While those expectations will be put to the test during this decade, NXP is already working on the next generation of wireless tech. This next generation will help redefine how sustainability is achieved by embedding a human-like intelligence in the network that will purposefully manage and maximize energy use and efficiency.

We Are on a Journey to Building a Sustainable Network.

6G will build on 5G’s connectivity and performance improvements with 10 times  the data transfer speed, which will enable instant responsiveness, seamless end-to-end access and services that cross industries and locations. This will come with an expected hundredfold hike  in mobile traffic worldwide. 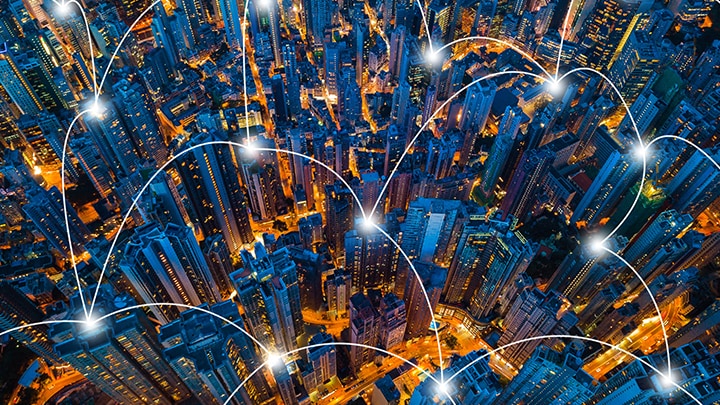 NXP is taking steps now to drive down the power consumption of the entire system, using such innovations as putting more processing power at the point of data collection and use, called "the edge". We live and work at the edge of computer networks, which means expending less energy connecting to the cloud and more useful and potentially energy-saving applications locally.

We’re also developing and manufacturing advanced semiconductor technologies like gallium nitride which offer increased performance over many applications while reducing energy use (late last year we opened  a new fab in Chandler, Arizona to apply this tech to 5G chips).

But the real “aha” for us is that human-like intelligence I mentioned earlier; we envision using a combination of AI/machine learning and connectivity to enable autonomous decision-making within the network so that it will itself decide where energy is spent. This will make its energy use purposeful, not incidental to its operation, and integrate sustainability as a feature, not just an outcome.

NXP is investing in every stage of this journey to build a sustainable network, and I couldn’t be more excited about its promise.

Paul Hart is responsible for maximizing NXP's strong position in RF and identifying new market opportunities to further drive growth. Paul joined Motorola Semiconductor as an RF engineer in 2001. He has led the engineering efforts that have sharpened the company's focus on next-generation power amplifier (PA) architectures, radio algorithms and radio system integration, and RF PA customer reference designs. Paul earned a Bachelor of Science degree in electrical engineering from the University of Arizona and a master's degree in microwaves and optoelectronics from University College London.

Building Green from the Ground Up