NXP’s HoverGames drone challenges unite people across the globe with a common goal: solving societal issues with technology. So for our first challenge, “Fight Fires with Flyers”, we asked participants to design and code a drone using a development kit from NXP that would help firefighters to protect and save lives. We were simply overwhelmed by the sheer number and quality of the entries. With the challenge at an end, we proudly announced the winners – our favorites were summarized in this highlights video here.

While the winners were judged on their overall submissions, there were four special recognition awards. Each award showed outstanding achievements in their respective categories.
Today we’re very excited to be able to unveil four special award prizes of $1,000 each that we are announcing together with Arm, Auterion, Dronecode and Twain Harte Fire Department – all collaborating to provide crucial software and hardware expertise plus in the case of our brave first responders, important information about usability on the frontline.

Having all our partners work together for the greater good has been an essential element of the challenge and really highlights the importance of working with real-life first responders when designing this kind of technology – after all, only firefighters can be the judge of whether an idea that’s meant to help them will actually save lives or not! It is exactly this kind of collaboration that is required for true progress and innovation in solving global issues.

So without further ado, here are the four extra winners: 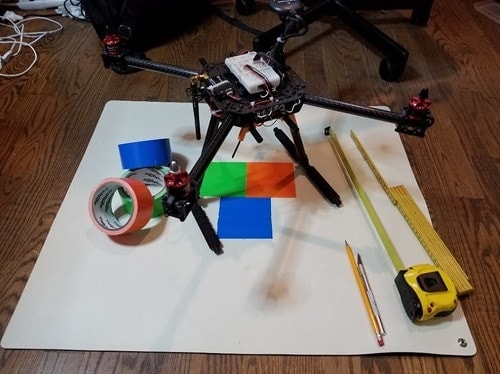 “I selected the winner based on a thorough analysis of each of the entries and their ability to immediately integrate with incident management resources,” said Todd McNeal, Fire Chief at the Twain Harte Fire Department. “The winning aircraft proposal integrates the ability to track resources and identify the locations of responders to ensure their safety in addition to supporting Incident Data flow for quicker and more informed decision making by command even from a remote location. These two factors, combined into one multi-mission aircraft, make this entry the most impactful for the immediate integration into fire response and increased situational awareness for commanders with improved civilian and responder safety.” 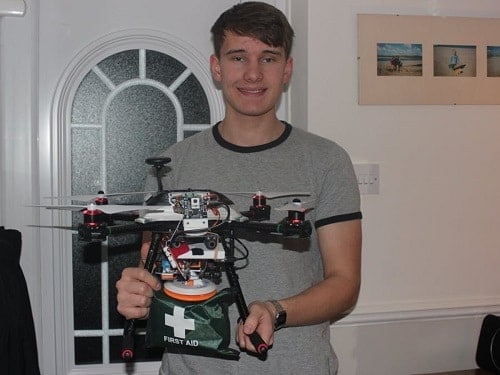 “The developer community is key to unlocking the potential of future life changing technologies that can be applied to a broad range of global challenges,” said Alessandro Grande, ecosystem manager, Automotive and IoT Line of Business at Arm. “Using the HoverGames drone development kit and integrating open source Arm-based hardware and PX4 software, Fin has tackled a really important problem and created a solution that will improve emergency response times.” 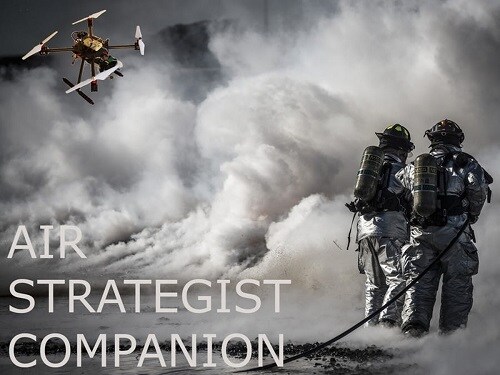 For best use of PX4 code and services – awarded by Auterion
Winner: Air Strategist Companion by Raul Alvarez-Torrico

“We are impressed by the project’s use of the PX4 developer and simulation tools to engineer an impressive end-to-end drone to a mobile solution for emergency services” said Thomas Gubler, Head of Engineering at Auterion. “The project shows how the PX4 ecosystem modular architecture allows creating, in quick time, solid proof of concepts for business critical drone applications.”

“Impressive what has been achieved within the given time frame,” added Beat Küng, Senior Software Engineer at Auterion. “Raul shows skills in various areas, including embedded systems, computer vision, networking, Android and PX4.” 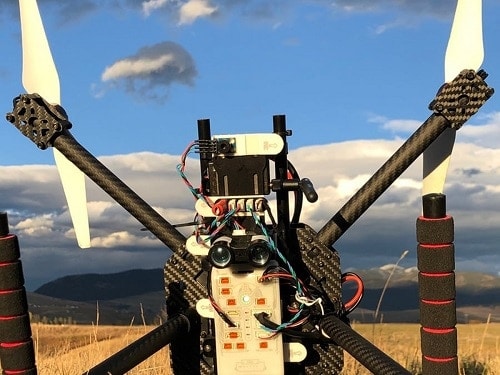 For a project awarded by Dronecode
Winner: Hotspotter by Physicsman

“Hot Spotter gets our award for utilizing PX4 and the MAVSDK together to generate heatmaps,” said Ramón Roche, Program Manager at Dronecode. “We were excited to see this project since Jason first jumped in Slack and started asking questions. The project exhibited the advantage of having a big community for an open-source project. As Jason began to post progress updates through our community channels, we all were able to follow along and see how the project was evolving. One unique aspect of this project is that is shows how a drone can be beneficial as a ‘mobile-iot’ device, not only by collecting data but also leveraging the position location data to enhance the resolution of a low-cost sensor” Ramon added.
“Dronecode is impressed with all the contest entries and celebrates the addition of all the authors as part of the PX4 community.”

Although the software may not be perfect and still needs to mature, our extra award winners really stood out because of their innovative ideas. Thanks to all our entrants, using drones for disaster response is closer than ever before to reality for the local authorities fighting fires, so we say keep those ideas coming! Your willingness to solve societal issues with technology is making a difference in the world.

Why focus on fires? In recent years, wildfires have become a consistently distressing topic in the news headlines. As global temperatures rise and weather patterns change, we’ve witnessed the habitat of humans and wild animals alike become increasingly threatened due to runaway flames. One way we can fight natural disasters is by collaborating to find the most innovative ways to use technology when facing these threats and challenges.

Before we go, we’d like to once again, thank all hovergamers for their superb entries. Look out for the HoverGames Challenge 2 coming soon!

A New Take on IoT Connectivity