Boosting CAN to New Limits

CAN networks have been around for more than 25 years and continue to drive the majority of communication within the vehicle. NXP’s new TJA146x CAN Signal Improvement transceivers are set to give the latest generation of CAN FD networks a significant boost, expanding the network size and accelerating the bit rate to beyond 5Mbps. This in turn creates more design freedom and allows network users to save costs in the network.

With much hype around new technologies entering the vehicle, it is still the 27 year old CAN network which remains the mainstay of automotive in-vehicle networks. Its ease of use, plug-and-play approach and reliability has made CAN a trusted solution for many automotive applications, and led it to gain widespread adoption in non-automotive domains. Large number of devices can operate on a single network, with a branched harness allowing for efficient cabling and ease of scalability.

With the ongoing introduction of new features, vehicles became increasingly complex. CAN with flexible data-rate, or CAN FD, was developed to meet the demands of these new applications, offering faster bit rates and bigger payloads. The increased data rate of CAN FD did offer a disadvantage though: it increased the effect of ringing on the network performance. As a result, networks had to avoid signal ringing, for example by splitting into multiple smaller, separate networks, each with less efficient cabling at an effective data rate limit of 2Mbps. This all translated into less design freedom and increased costs for car makers.

These limitations are widely recognized in the industry, but what if you could get a CAN transceiver that lets you benefit from both higher bit rates and bigger topologies, without the side effects of ringing? And with the ability to accelerate CAN applications faster than before? This was exactly the goal of the NXP in-vehicle networking team when developing NXP’s newest innovation in CAN Signal Improvement; the new TJA146x transceiver family. NXP has played a key role in defining this technology, from its inception to its specification, now found in the CAN in automation specification CiA601-4 v2.0.0.

CAN Signal Improvement transceivers actively improve the signal ringing in a network, reducing signal ringing effects and helping to operate larger topologies at bit rates significantly faster than before. The best part is, they are a simple and direct replacement of existing CAN (FD) transceivers, making the adoption of this technology straight-forward and without significant changes in the application. Even more, they are backward compatible to existing CAN transceiver solutions, meaning that they will also work in mixed CAN, CAN FD and CAN Signal Improvement networks.

This technology is set to have significant impact on existing CAN FD networks, including reduced costs and simplified designs for network architects. It also paves the way for reliable 5Mbps network communication. Collectively, these benefits mean that CAN FD can offer a lot more in the future while still delivering its benefits of ease of use, scalability and robustness. With these bandwidth improvements, CAN FD is expected to support a higher range of applications at a relative low cost point. 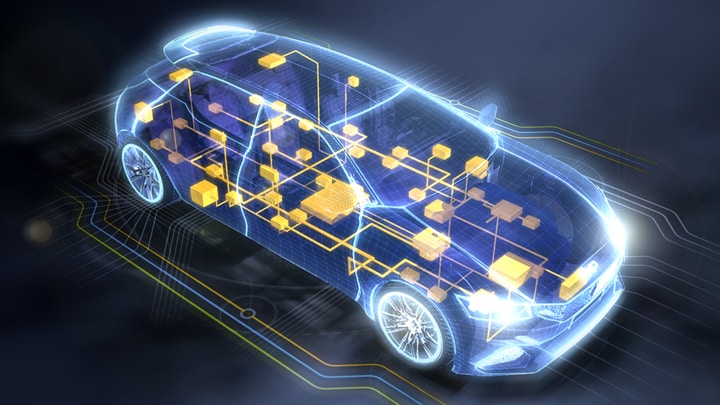 Looking ahead, the potential of CAN Signal Improvement to change CAN networking has been clearly established in the industry as it sets the basis for the next generations of CAN. Hence, it also started the conversation about how much further CAN FD can be taken. CAN Signal Improvement is designed to ensure the CAN FD protocol remains fully robust and there are no adverse side effects, making it the go-to technology for CAN FD and future CAN networks.

CAN XL, the next generation CAN protocol now, under definition, intends to remove some of the limitations of the CAN FD protocol, allowing for even faster transceiver concepts. CAN XL will also support payloads up to 2kB frames, enabling the seamless tunneling of Ethernet frames over CAN networks. As CAN XL will also be fully interoperable with legacy CAN FD nodes on the same network, this technology opens up a simple migration path for network architects to introduce new functions alongside legacy ECUs, reducing migration complexity.

With the new CAN Signal Improvement boosting not only existing CAN FD networks but future CAN generations as well, CAN looks set to remain a highly relevant technology for in-vehicle networking.

For more information, visit www.nxp.com/CANSignalImprovement and read our interview for Electronic Design.

Teun Hulman is Product Marketing Manager within Product Line In-Vehicle Networking (IVN), where he has global responsibility for the CAN SIC and FlexRay portfolio. Previous to joining the marketing team he worked at the In-Vehicle Networking R&D department on the development of CAN transceivers. Teun holds a Master of Science degree in Electrical Engineering.